How I failed (and still almost won) NaNoWriMo

In November this year, I set out to write a nonfiction ebook during NaNoWriMo, instead of my usual novel.  I've been doing NaNoWriMo every year since 2006, plus camp, and I've won several of those along the way.  I felt it was time to do something different... and perhaps use the motivational burst of NaNo to make headway on one of the many projects that have been hanging out on the back burner while I focus on client work.

There were some lessons to be learned by doing nonfiction instead of fiction, but overall I think it was a win for me -- even if it wasn't a win by the conventional method (getting to 50,000 words in November).

The biggest reason I say it was a win for me is because I am very nearly finished with my first draft of the ebook -- which is turning out to be somewhat shorter than I anticipated, but I think my expectations were off since I was doing it during NaNo.  I finished up several short sections last night, after midnight though, so the word count didn't go onto my NaNoWriMo graph. 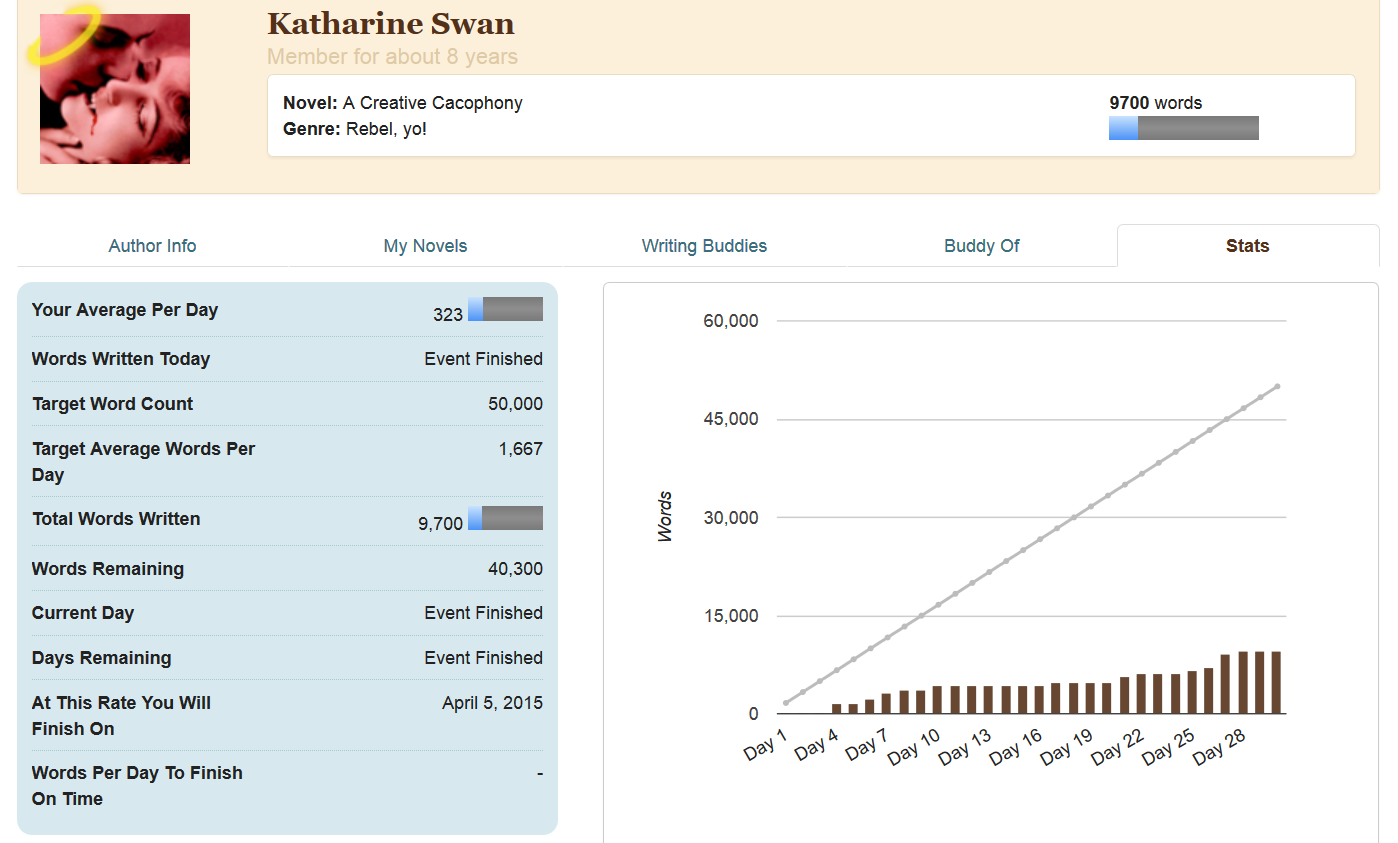 It's not great, but at least it's a fairly steady climb most days.  And like I said, I am almost done with the first draft of my ebook.  I had wanted to at least finish the draft, which is why I consider it "almost winning," at least for my own goals.

I do have something in the works to try to get myself writing every day year-round -- NaNo is a great short-term motivator, but I need something for the rest of the year, too.  I want to be in a good habit of writing every day by the time Camp NaNoWriMo comes round again in April!
Posted by Katharine Swan at 11:17 PM
Email ThisBlogThis!Share to TwitterShare to FacebookShare to Pinterest
Labels: NaNoWriMo 2014

This blog runs two types of ads, AdSense ads (always marked "Sponsored") and affiliate links to products I recommend. I have turned off auto ads with AdSense to maintain control over the ads on my site and ensure that your experience is as uninterrupted as possible. Products I recommend may include affiliate links, but I promise to always be honest and transparent about the recommendations I make. Please note that as an Amazon Affiliate, I earn commissions on qualifying purchases made through these links.